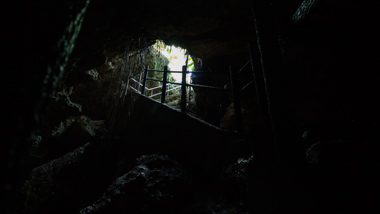 Itokazu Abuchiragama is a natural cave (gama) located in the South of the main island of Okinawa at Nanjo City Tamagusuku Azuitokazu. During the Okinawa battle, the village of Itokazu was assigned as a shelter trench. However the Japanese army used it as its quarter and warehouse. As the battlefield went south, it became the quarter of the Haebaru military hospital. Medical officers, nurses and Himeyuri schoolgirls were assigned to it. 270m long, "gama’s" interior was filled in with more than 600 injured soldiers. After the order of evacuating the south part of May 25th, 1945, the hospital evacuated and the trench became a place where Itokazu residents, injured soldiers of the Japanese army lived. Afterwards, the trench was attacked by the US army and the survivors who surrendered left the "gama".

Outline of the battle of Okinawa

The battle of Okinawa refers to the battle which occurred between the end of March and July 1945 at the final stage of the Pacific war. The Pacific war broke out in 1941 and the Japanese army, which was weakened at the Pacific islands, thought US army would land on Okinawa. They planned an operation to rivet the US army in Okinawa. As a matter of fact, this was a sacrifice operation in order to gain time preparing the battle on the mainland. For this reason, Okinawa became the only ground battlefield.
The US army landed on the central part of the main island of Okinawa on the 1st of April 1945 and moved forward to Shuri where was located the Japanese army command. Seeing the overwhelming military strength of the US army and the impending fall of Shuri, the Japanese army retreated to the south. We call the line between the landing point of the US army and the Shuri command, the “Central front” and the line more south to Shuri, the “Southern front”. Hundreds of thousands civilians were caught up in the Southern front, having a tragic ending.
On June 23rd, with the suicide of commander Ushijima, the organized battle of the Japanese army ended up, but several battles continued everywhere afterwards until the US army declared the end of the operation on July 2nd. During these 90 days of the Okinawa battle, 66,000 Japanese soldiers, 28,000 Okinawa native soldiers, 12,000 American soldiers and 94,000 civilians died. The population of Okinawa was about 500,000 people then. Therefore, a fourth of the Okinawa people perished in this war.

Testimonies of the survivors summary» 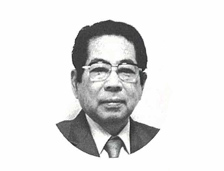 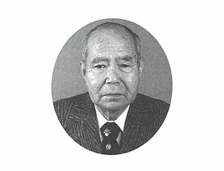 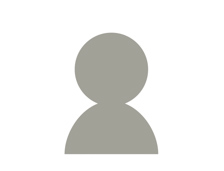 Monday to Sunday（except for the year-end and New Year holidays）9:00 to 17:00
※Prior booking essential

In order to avoid the risk of spreading the new coronavirus, we will be closed for the following period. Thank you for your understanding.

Please note that the closure period is subject to change. Any changes will be announced on this page and on the official website of Nanjo City.